She succeeds Patrick Blanc, who is retiring after three years at the helm of the Martinsburg Catholic school, a position he took after working for Jefferson County (W.Va.) Schools for 42 years.

While Byrd is new to the area – she moved to Charles Town, W.Va., in October 2021 – she is not new to the realm of education. Her academic career began in 2008, when she was a teacher’s aide and English Language Learner (ELL) aide for a summer migrant program in Ashville, Ala. She continued her journey as a long-term substitute teacher, then a first-grade teacher, in Gadsden, Ala. She moved East and started teaching in Loudoun County (Va.) Public Schools in 2013. There, she taught fourth grade for several years before becoming an English Learner (EL) teacher at Frederick Douglass Elementary School in Leesburg Va., where she has been since 2018.

Byrd is pursuing a graduate certificate in school administration and supervision through Liberty University, which she is on track to complete in the spring of 2023.

She looks forward to being able to spread her faith in school and build upon the leadership skills she has developed while guiding fellow educators in various ways.

“I want to be the spiritual guide on our campus,” said Byrd, 49. “It’s been a natural development for me from teaching to guiding teachers. This transition is very important to me. This means everything.”

Byrd was a conscientious student who graduated from high school at age 15 in Lima, Peru. She was in medical school and law school in her home country before coming to the United States in 1993. She holds an associate degree in science from Gadsden State Community College and a Bachelor of Science with a major in accounting from Jacksonville (Ala.) State University. She earned a Master of Business Administration from the University of Phoenix and a Master of Science in Education from Jacksonville State University.

A cradle Catholic, she started teaching catechesis at the age of 15 in Peru and has continued to help shape the spiritual lives of children and adults ever since. She continues to put people in communion with Jesus Christ at St. Francis de Sales in Purcellville, Va., where she has been a catechist for the last seven years, and where she is currently teaching Rite of Christian Initiation for Adults (RCIA) classes online in Spanish.

Like education, her passion for evangelizing is an intricate part of who she is, as evidenced by her volunteerism. She was responsible for managing all communications, donations and stakeholder needs of a homeless ministry at one of her parishes, and has led events and collaborated with other ministries’ leaders. During the COVID-19 pandemic, she joined the Guardian Angels program at St. Francis de Sales to help the homebound. Now a member of The Roman Catholic Parish of St. James the Greater in Charles Town, she is leading an effort to reinstall the Legion of Mary, members of which help care for the physical and spiritual needs of the sick and needy, among others.

Byrd and her husband of 22 years, Richard Byrd, have two sons: Ricky, 20, a junior at George Mason University, and Anthony, 18, who is graduating from Woodgrove High School in Purcellville, Va., and is enrolled at West Virginia University for the fall semester.

She said education plays a pivotal role in shaping the future.

“Education is what’s going to keep a kid out of trouble,” Byrd said. “Education and truth will make or break the society we are living in. Jesus was an educator. My education comes from the Lord.” 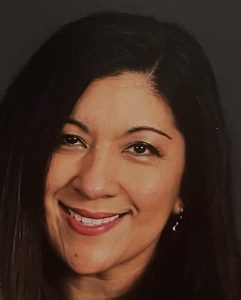